How Static Electricity Affects Your Electronics 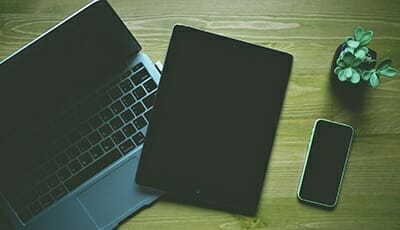 How Static Electricity Affects Your Electronics

Getting zapped by static electricity is more than just a nuisance.

We’ve all touched a metal door handle or other metallic objects and felt the tingle of static electricity. But while it may be a small annoyance to most people, you may not be aware that this tiny current can affect your electronics in a big way.

In the industry, it’s called an electrostatic discharge and the problem is so significant that there’s even an industry association devoted to the study of this phenomenon. The ESD Association says the static shock we get from walking across a carpet can damage electronic components and even ignite flammable mixtures.

The association defines the electrostatic discharge as a result of an imbalance of electrical charges within or on the surface of a material. Some estimates of the damage of static electricity on electronics range in the billions of dollars annually.

Your electronics at risk

According to the ESD Association, an electronic device may no longer function if it is exposed to a static-electricity event. The charge may have caused a metal melt, junction breakdown, or oxide failure. As a result, the device’s circuitry is permanently damaged causing the device to stop functioning totally or at least partially.

For example, if your cell phone keypad suddenly doesn’t work, it’s likely the result of electrostatic discharge. Similarly, if a USB or Ethernet port isn’t working it’s also probably the result of the same phenomenon, according to an article on the impact of static electricity on cell phones in ElectronicDesign magazine.

The problem is exacerbated by the increasing miniaturization of electronics. In addition, these small devices are often interconnected via cables to other devices that may conduct static electricity.

Cell phones aren’t the only devices susceptible to damage from static electricity. Computers and photocopy machines also are vulnerable at your office or home.

How to prevent shocks

Fortunately, there are ways to lower the risk of a static shock to your electronics. Here are some common ways you can do that in your home or office:

These tips can help you prolong the life of your devices!