Ungrounded Outlets: What’s Safe and What Could Start a Fire? 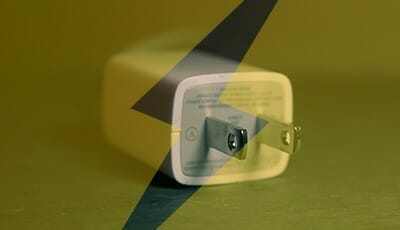 Ungrounded Outlets: What’s Safe and What Could Start a Fire?

Electrical outlets can be dangerous, according to statistics from the Consumer Product Safety Commission. It estimates that emergency rooms treat approximately 3,900 people every year for injuries associated with electric outlets. Children who insert metal objects such as a key or a hairpin into the outlet represent one-third of those injuries.

Electrocution isn’t the only hazard. According to the commission, 40 people die and another 100 are injured by 5,300 fires associated with electrical outlets each year.

Older homes are particularly vulnerable because their electric systems haven’t been upgraded to the newest safety codes. They frequently have deteriorated and damaged outlets that should be replaced by a qualified electrician.

Look out for ungrounded outlets

You may wonder: What’s safe and what could start a fire?

Take a look around your house. Do you have any electric outlets with just two prongs? If you do, it means you have ungrounded outlets that have a poor safety record.

According to the International Association of Certified Home Inspectors, grounded outlets are an important safety feature that have been required in new construction since 1962. Modern, grounded 120-volt outlets in the U.S. have a third small, round slot that provides an alternate path for straying electricity.

Unfortunately, the association says some homeowners try to circumvent the best solution, which is to bring the home’s electric system to modern standards. For example, some homeowners may try to replace a two-prong ungrounded outlet with a three-slot outlet without rewiring the electrical system.

This isn’t a do-it-yourself project. Homeowners should never attempt to modify a home’s electrical system because it might come dangerously close to a metallic water line, for instance.

When you hire a professional electrician, an expert will identify ungrounded outlets and explain what’s safe and what could start a fire.

A licensed electrical company such as Empowered Global can install three-slot outlets and wire them properly so that they’re correctly grounded. Upgrading your home’s electrical system will bring it closer to modern safety standards. Besides improving safety, a home inspector won’t flag this if you sell your home.

In addition, homeowners may consider installing ground fault circuit interrupters, better known by their initials GFCI. In some cases, these interrupters are integrated into the outlets themselves.

According to the Consumer Product Safety Commission, the GFCI is designed to protect people from severe or fatal electric shocks. Because a GFCI detects ground faults, it can also prevent some electrical fires and reduce the severity of other fires by interrupting the flow of electric current.

Here’s how it works: a GFCI constantly monitors current flowing through a circuit. If the current flowing into the circuit differs by a very small amount from the returning current, the GFCI interrupts power faster than a blink of an eye to prevent a lethal dose of electricity. GFCIs are designed to operate before the electricity can affect your heartbeat.

Empowered Global can help you identify ungrounded outlets and bring your home to modern standards. Call us at 239-970-8267 to schedule a service appointment to discuss your needs.