How to Handle a Dead Outlet 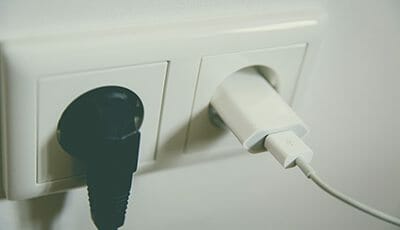 How to Handle a Dead Outlet

Most of us don’t think twice when we plug a device into an electrical outlet.

Electrical outlets are actually marvels of technology that allow equipment to plug into the electrical grid. We don’t realize how important they are until the power goes out. Sometimes, an outlet won’t work even if the power is on in the rest of the house. If other outlets are working, you may have a dead outlet.

A dead outlet isn’t just a nuisance. It’s also a fire risk, which is why fixing it is a job for a professional electrician. That’s especially true for older homes that haven’t been rewired in years.

If you notice sparks or discoloration around the electrical outlet, consider calling an electrician to repair it as soon as possible. That’s because the threat of fire is real.

In a 2013 report by the National Fire Protection Association’s Fire Analysis and Research Division of 2011 data, approximately 47,700 home fires involved some type of electrical failure or malfunction as a factor contributing to the ignition. These electrical fires resulted in 418 civilian deaths, 1,570 civilian injuries and $1.4 billion in property damage. From 2007 to 2011, home electrical fires represented 13% of total home fires and caused 18% of deaths.

In particular, older homes have outlets that have deteriorated over the years. The commission says in one case a woman suffered severe burns to her hand when she was plugging in a floor lamp. Part of the plastic faceplate of the outlet had broken away, creating electrical arcing.

Outlets deteriorate from prolonged use. The commission says that happens in rooms such as kitchens and bathrooms where appliances are repeatedly plugged and unplugged. Outlets that have deteriorated may overheat and create a fire hazard.

The Consumer Product Safety Commission suggests some helpful tips for how to care for your outlets and how to handle a dead outlet. Consider:

To schedule an appointment with Empowered Global to repair dead outlets, call
239-947-2375.